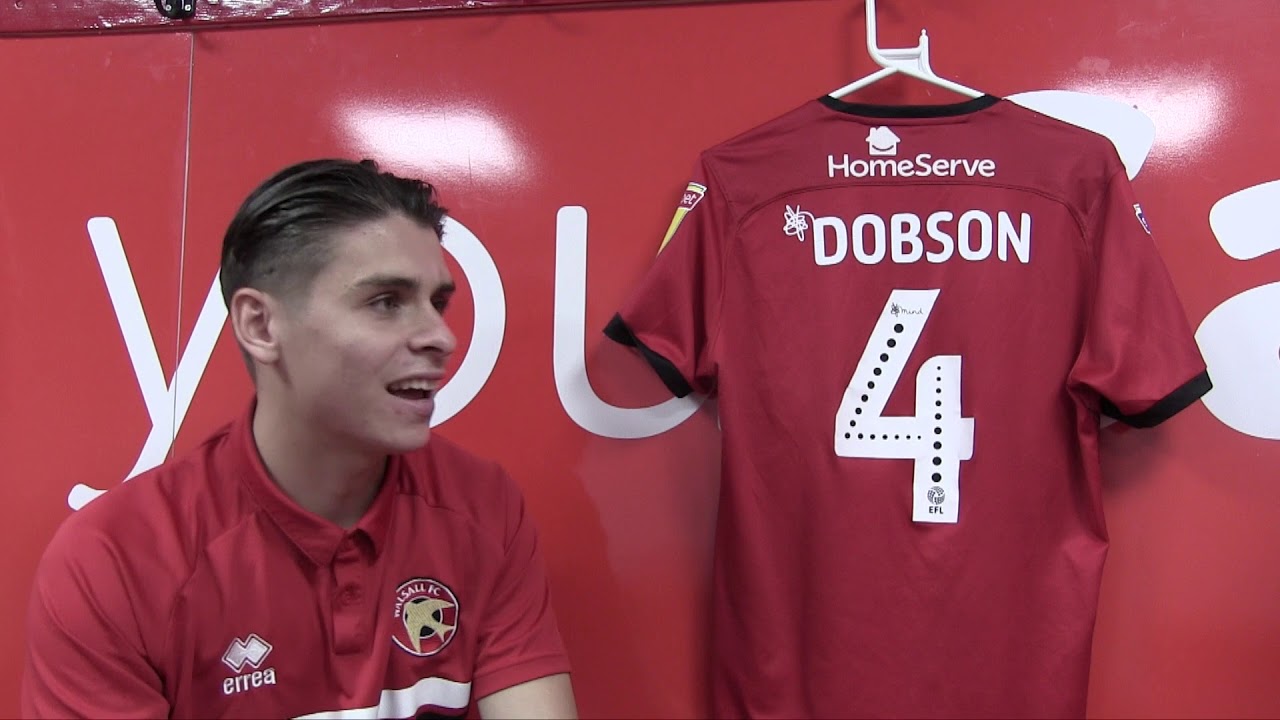 Harold Wood-born Dobson, who has made thirty-four appearances during an injury-hit campaign, believes his injury nightmare is now behind him and is ready to get back to regular action and help the Saddlers move away from danger and back towards mid-table.

Speaking via the club's official website, George said; "The last couple of months have been frustrating with the injuries that I have had.

"I have just had little niggles that are part and parcel of football but I seem to have gotten over them now and hopefully I can keep myself fit between now and the end of the season and really help the boys stay away from trouble."

The 21-year-old, who returned to the Saddlers in January 2018 following an unsuccessful spell with Sparta Rotterdam, believes that the last two results could prove to be a stepping stone for the final eleven games of the campaign, as they showed the team has the desire to get out of danger, with so many team also looking over their shoulders.

He continued; "Four points from the last two games is 100% a step in the right direction. We were down to 10 men for the majority of the Bradford game and then we have come away from home to a team that did turn us over quite convincingly at home earlier on in the season but we have put in a good performance against them.

"I think that is a really good stepping stone for us heading into the last 11 games of the season. We have had a look at the table and we are just two points off 13th. We can’t look at it the other way.

"There are a lot of teams still in the fight and we have now got four points from the last two games so we are starting to pick up a little bit."